Garbage disposal repair in Monroe, NC is sometimes an easy fix, but if it becomes more complicated, call us at South End Plumbing to take care of the job.

One of our Charlotte plumbers will answer your call 24 hours a day, 7 days a week 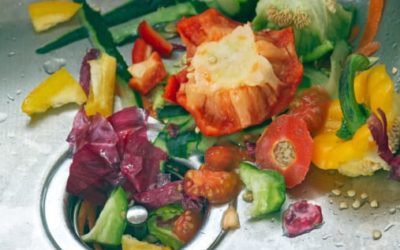 Garbage Disposal Repair in Monroe – A garbage disposal is a useful appliance in your kitchen that you probably use quite frequently during meal prep. Many homeowners in Monroe, North Carolina don’t realize how much they rely on their garbage disposals, at least not until it stops working. Without a functioning disposal, you end up having to put food scraps and waste into the trash can, which can stink up your kitchen very quickly. Food odors also attract pets, bugs, and other pests that may knock over the garbage to get to the scraps and leave a big mess.

There are a number of problems that can occur within your garbage disposal. Some are easy to fix, while others require more advanced garbage disposal repair services. Before you ever start poking around in the disposal, be sure to disconnect the power source. Accidents occur often with someone accidentally switching on the appliance or if you free the source of a jam and it begins moving again.

Within the disposal, the flywheel allows the blades to move freely. If something jams the flywheel, you may notice that the blades don’t move at all when you flip on the switch. If you don’t hear any power when you turn on the machine, you could also have an issue with a tripped circuit breaker or power source. You can also try pressing the reset button on the bottom of the appliance.

One of our Charlotte plumbers will answer your call 24 hours a day, 7 days a week